Something More Important Than Your Freedom 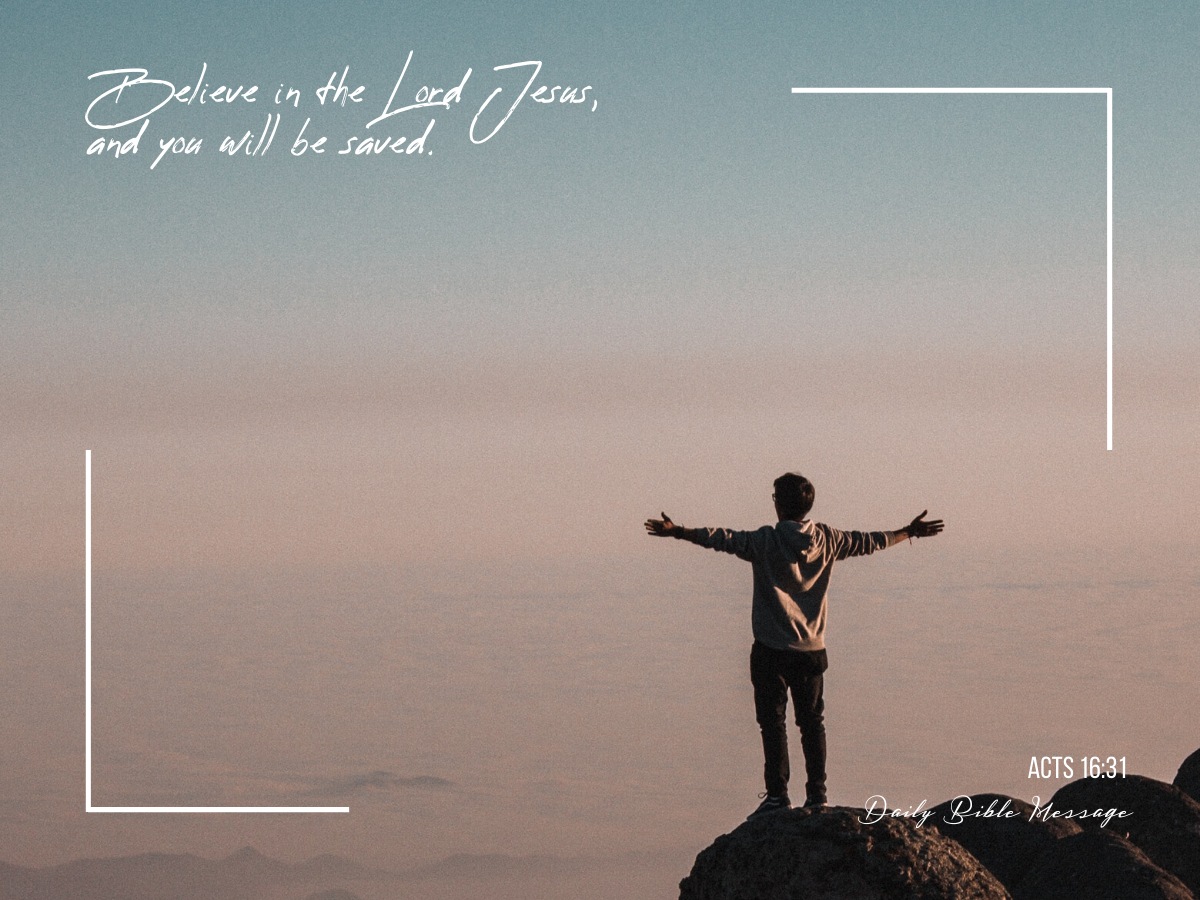 What is the most amazing story you’ve ever heard?

This one is at the top of my list, and it is anything but normal:

About midnight Paul and Silas were praying and singing hymns to God, and the prisoners were listening to them, and suddenly there was a great earthquake, so that the foundations of the prison were shaken.

And immediately all the doors were opened, and everyone’s bonds were unfastened. When the jailer woke and saw that the prison doors were open, he drew his sword and was about to kill himself, supposing that the prisoners had escaped. But Paul cried with a loud voice, “Do not harm yourself, for we are all here.” And the jailer called for lights and rushed in, and trembling with fear he fell down before Paul and Silas.

Then he brought them out and said, “Sirs, what must I do to be saved?” And they said, “Believe in the Lord Jesus, and you will be saved, you and your household.” And they spoke the word of the Lord to him and to all who were in his house. And he took them the same hour of the night and washed their wounds; and he was baptized at once, he and all his family. Then he brought them up into his house and set food before them. And he rejoiced along with his entire household that he had believed in God. (Acts 16:25-34)

What do you notice in this story? I’ll tell you what I notice. I notice something crazy. These two guys are rotting in jail when, given the opportunity to escape to freedom, they stay and share the gospel of Jesus instead.

Allow me to state the obvious: If freedom from prison was what Paul and Silas had most hoped for in the world, Paul and Silas would have left the jail, right? That means that there was something even more important, more pressing, more needed, more desired than freedom from jail that kept them there.

What was more important? The spread of the gospel of Jesus.

What we do and the way we live can be incredibly powerful witnesses for the gospel.

We live the gospel.

We speak the gospel.

Paul and Silas used words when sharing the gospel. Oh, they lived the gospel. Their lives served as a witness and testimony to Jesus, and that was and is important. But they also verbally spoke it. Very simply, they said to the jailer, “Believe in the Lord Jesus, and you will be saved.” In so doing, look at what they were saying: “You are a sinner. You need a Savior. Jesus died to be your Savior. Put your faith in Jesus.”

Scripture is inviting you to follow the example of Paul and Silas by sharing the gospel both through your life and through your words. But why exactly do we do this?

Because Jesus commands us to.

In Matthew 28:19-20, Jesus himself tells you to share the gospel (“Make disciples of all nations…”). Simply put, if you are a Christian, this is your privilege. The command is not coming from me or from Paul or from Silas, but from the God of the universe.

Because people are dying.

Ephesians 2:1 and Colossians 2:13 say that, without Christ, all people are dead in their sins. Romans 6:23 says that the wages, the paycheck, for sinning is death. The jailer in Acts 16 was as good as dead, not only because Paul and Silas almost escaped his watch, but because he was spiritually dead in his trespasses and sins. This is why he asks, “What must I do to be saved?”

Do you realize that people in your community, in your neighborhood, in your workplace, and in your school are dead and dying in their sins? If any of them, even the ones you don’t like, were tied down to some railroad tracks and a train was bearing down on them, would you not rush in and help? People who you know and whom God has placed in your life are staring down the oncoming train of hell, and you carry the gospel with you, which is powerful enough to slam into the side of that train and derail it forever.

Because life is fleeting.

You know that winter is coming when you can see your breath. You exhale slowly and there it is, right in front of you. But after a second, it’s gone. In the grand scheme of history and eternity, this is how long your life is. The Bible explains your life similarly. James 4:14 says, “For you are a mist that appears for a little time and then vanishes.”

Similarly, unbelievers don’t have a lot of time. Hebrews 9:27 says, “It is appointed for man to die once, and after that comes judgment.”

The Culmination of the Gospel

At the end of our story, Paul and Silas share Christ with this jailer, and he believes. He receives Christ’s death and resurrection on the cross as payment for his sin and says, “It’s time to celebrate!” So they go back to his house and rejoice over some supper.

Our charge as Christians is to grow that multitude and add to that mighty peal of thunder. So, brothers and sisters, obey Christ and share the gospel with all joy!