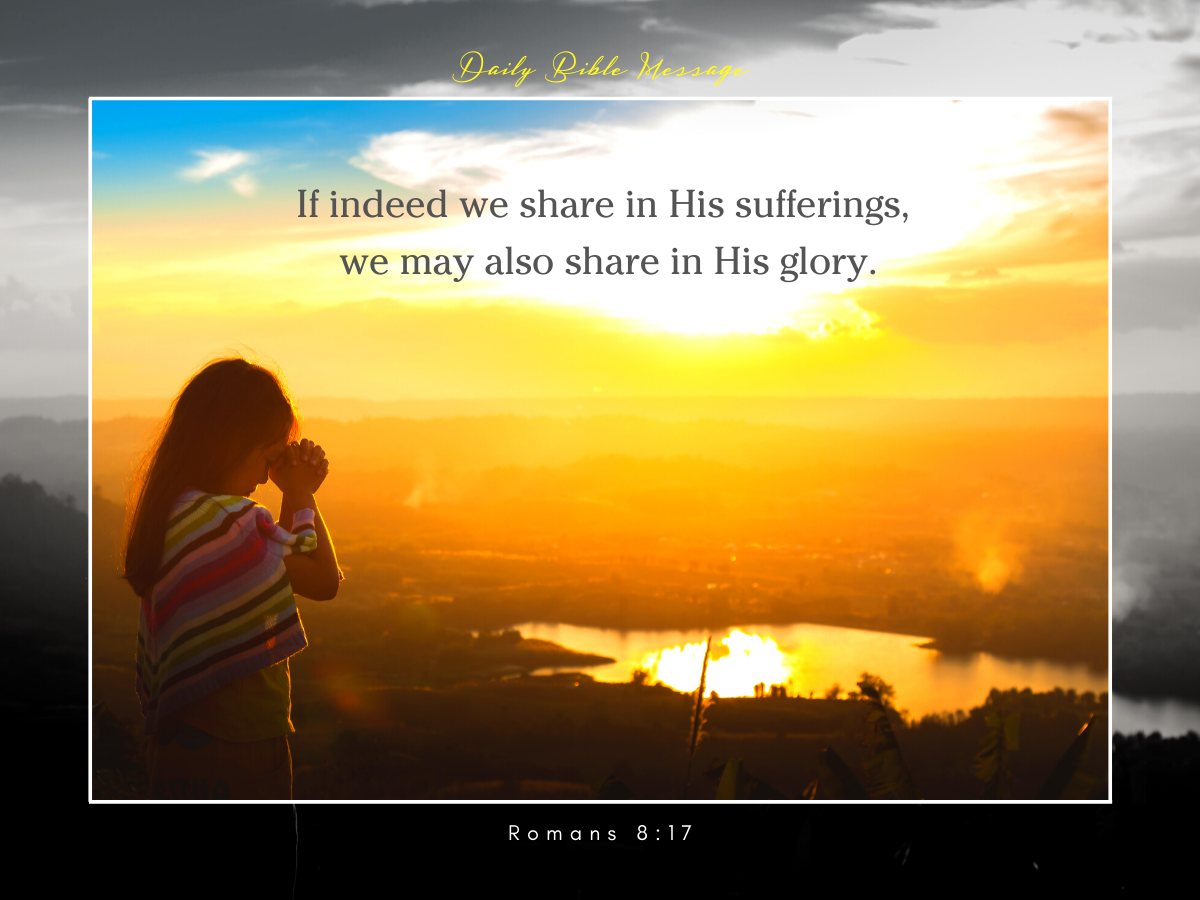 What if suffering isn’t quite what it seems?

Often, suffering is viewed as a mood-destroying interruption (in our best moments) or a faith-wrecking obstacle (in our worst). Whether we are hitting one too many red lights, causing us to be late for work, or we have just received a bad diagnosis from the doctor, our instinctual reaction to suffering is to flee.

Suffering is our foe.

But what if we are wrong? What if the pain we feel in our arthritic bones is actually evidence of our comfort? What if the heart-wrenching sorrow we experience during a messy breakup is actually a means to joy? What if the grief we are enduring from losing a loved one actually points us to a rejoicing hope?

It all sounds too good to be true. My suffering hurts and, if I’m honest, I would prefer to dwell on how it is affecting my life because…well…giving into negativity is way easier than the alternative.

And what exactly is the alternative? It is believing that suffering is not actually what it seems – but it takes some serious renewing of our minds to see and understand suffering for what it really is.

Think about a time of your life when you suffered. Picture it. What thoughts ran through your head? More importantly, what did you find yourself believing about God, even if you never put your thoughts into words?

Often, we think of suffering as proof of God’s absence or as displaying a flaw in God’s person, such as a lack of love (“If God loved me, he wouldn’t let this happen”) or a lack of sovereign power (“This is disastrous. How could God let this happen?”). But what if we realized that suffering assures us of God’s presence, bearing His mark of love upon us and displaying His sovereign control over every detail of our lives?

The Spirit himself bears witness with our spirit that we are children of God, and if children, then heirs—heirs of God and fellow heirs with Christ, provided we suffer with him in order that we may also be glorified with him. For I consider that the sufferings of this present time are not worth comparing with the glory that is to be revealed to us.

No, according to the Lord, suffering is precisely the opposite of how we often interpret it: It is evidence that God, in His tender love, has saved us and is changing us, by His wise sovereignty, to be glorified with Christ.

And if we realized this in our day to day lives, if we viewed all of our suffering through this lens, it would change everything. Suffering would no longer get such a bad rap and would instead be the impetus for rejoicing among God’s children.

Even though we read what God’s Word says about suffering, we still struggle to apply this marvelous truth to our lives. Why is it that our reaction to suffering continues to be “bad,” “flee,” and “resist”?

There are three primary reasons for our instinctively negative response:

We are fallen sinners. For those who have put their faith in Christ, a battle is underway between the flesh and the Spirit, between the law of sin and the law of God (Romans 7:21-23). At the moment Adam and Eve believed the serpent’s lie, the perfect law of God within the human heart became depraved and distorted. This means that our fleshly tendency is to respond to suffering in a number of different ways, including anger, frustration, bitterness, self-pity, cynicism, depression, and even despair.

We are finite creatures. Not only are our minds affected by sin, our bodies are as well. The aging of the physical body unto eventual death is equally a result of the fall, for the soul and the body were never meant to be separated. This means that most of us will experience physical pain that blatantly hurts. And pain is distracting! The enemy of our souls loves to use pain to take our eyes off our identity as God’s chosen children, we who actually prove the Father’s love and sovereignty in our bodies through the grace of suffering.

We are forgetful saints. Finally, we battle spiritual forgetfulness. We read promises like Romans 8 and, in the next hour, find ourselves grumbling again. We forget that we actually deserve much worse than suffering: We deserve God’s wrath. We forget that Christ suffered immeasurably for our sake when He died an excruciating death on the cross and, therefore, we forget that He understands, empathizes, and draws near to us in our own sufferings. We forget that Christ’s suffering was a means to His glory, when He defeated death through the resurrection. We forget His promise in the ascension that He will send the Spirit to bear witness to our identity as children of God. We forget that the sufferings of this present time are not worth comparing with the glory that is to be revealed to us in eternity with Christ.

What is a fallen, finite, forgetful saint to do?  Fall on the grace that Christ’s very suffering purchased for us in the gospel. Yes, we will suffer. And yes, we will forget. We will negatively react to our pain, despite the wonderful gospel-reality that our suffering reflects. But praise be to God, our Lord and Savior knew suffering unto death for this very reason: to redeem a fallen, finite, and forgetful people for himself.

Our suffering is not what it seems, for it is so much greater than it seems. It is infinitely better and ultimately worth it.