What It Means to Be Strong in the Lord? 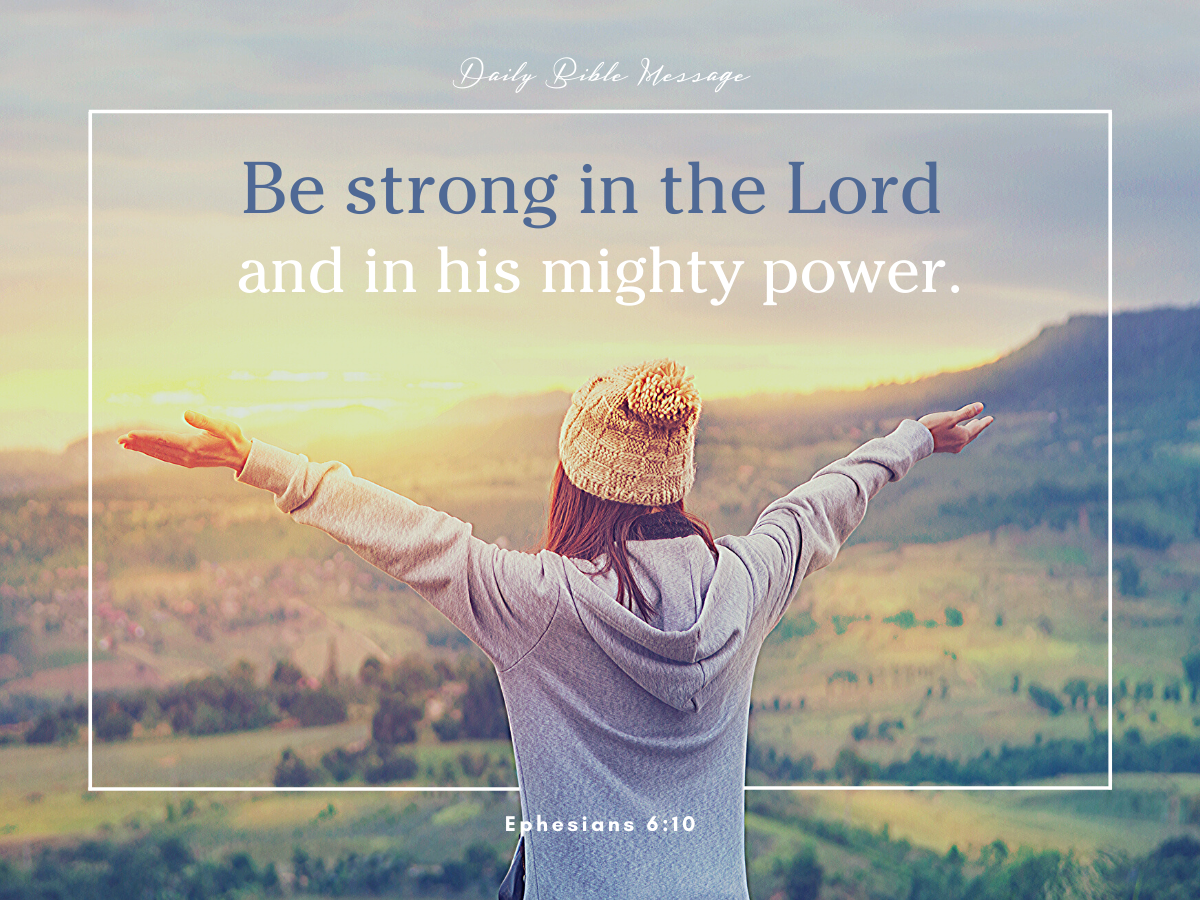 If you have ever felt that you can’t win your battles on your own, I have good news for you: you can’t.

You were never meant to fight alone.

Paul makes our source of power and strength clear in this passage. It is God, Himself, who holds the power to fight and win. Verse 10 commands us to “be strong in the Lord and in the strength of His might” (emphasis added).

No human power alone can stop the devil’s schemes, but God can and has already “disarmed the rulers and authorities and put them to open shame, by triumphing over them in Him” (Colossians 2:15). The same power that raised Jesus from the dead lives in believers by the power of the Holy Spirit and can empower Christians to fight and win in the spiritual battle.

The Time David Almost Gave Up

1 Samuel 30 records a powerful situation faced by David and how he battled in the Lord’s strength. David and His men returned to the camp where their wives and children were — only to find out that the Amalekites had burned the camp and captured everyone who lived there.

Verse four records the emotional state of David and his men: “David and the people who were with him raised their voices and wept until they had no more strength to weep.” Not only were all of their wives and children in the hands of the enemy, but some of the people began to talk about killing David!

David had no strength left and was greatly distressed. How did he respond?

Before answering that question, it might be helpful to learn what not to do.

How Not to Respond to Adversity

Two chapters previously, in 1 Samuel 28, Saul found himself in a similar situation as David. Saul feared the army of the Philistines who were great in number and ready to fight against Israel. After not receiving a quick answer from the Lord, Saul resorted to do something forbidden: He consulted with a witch to find out what to do.

Like Saul, we often can try to solve our problems or numb our pain by seeking things other than God. Some turn to bitterness, mindless distractions, self-indulgence, or blaming others instead of turning to God, who is the only source of real strength. Some actually turn back to the sin that was the cause of such pain in the first place!

David did not respond like Saul, but rather, “…David strengthened himself in the Lord his God” (1 Samuel 30:6). David knew the source of his strength was outside of himself and was in God — and he ran to Him. He knew that while he was at his weakest and was unable to fight in his own strength — he could “be strong in the Lord and in the strength of His might” (Ephesians 6:10).

You could even say that David preached the gospel to himself — that is, reminding himself of who God is and what He had done. For us today, we can remember the victory won on the cross by our Savior. If God loves us enough to sacrifice His only Son, won’t he help us in our times of weakness? Romans 8:32 says,

He who did not spare his own Son but gave him up for us all, how will he not also with him graciously give us all things?

After strengthening himself in the Lord, David cried out to him and was led to defeat the Amalekites. He recovered all he had lost and also claimed some of the Amalekites’ possessions for Israel.

The Battle Belongs to the Lord

Our enemy knows our weakness as humans and will seek to exploit them to make us fall. Even at our best, we are weak and need God’s strength. God has given us armor and weapons, but their power comes from God. 2 Corinthians 10:4 says, “For the weapons of our warfare are not of the flesh but have divine power to destroy strongholds.” In God we have divine power to destroy strongholds, fight battles, and gain victory.

Cry out to him to fight for you and with you. You can’t do it on your own. Rely on God, put on your armor, pick up your sword, and fight.

How are you responding to battles? Are you relying on God’s strength, rather than your own?