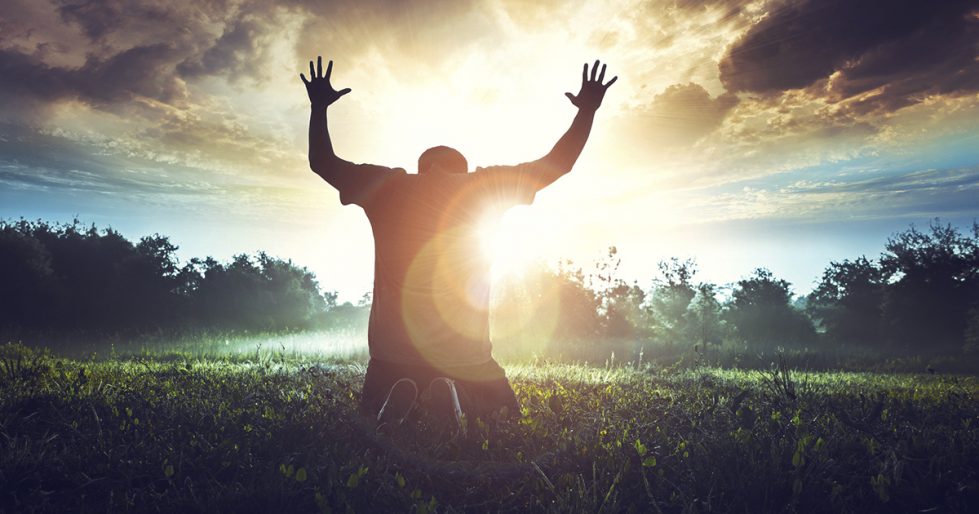 Have you ever had a time, after getting yourself into a situation, you realize that you are in over your head?

In Acts chapter four, we see a time when the new Christ-followers were in over their head. Their life shifted from normal, to magnificent, to horrifying in a short amount of time. How did this happen? How did they respond?

Picture someone living down south in Beersheba. They heard about a possible Messiah – Jesus. Then they heard that he died at the hands of the Romans.

Next, they heard miraculous stories that he had risen. Yet, they remained home. But soon it was time for the feast of Pentecost. So, they, along with thousands of other people, packed their bags to be gone for a few weeks to go worship at the temple.

When they arrived, however, the news was confirmed that Jesus did rise from the dead! What’s more, during their stay, the Holy Spirit came!

Things had changed—the Christ-following was rapidly growing. Many stayed after the end of the normal ceremony to continue to spread the news of how God had fulfilled his ancient promises. Leaders preached messages and proclaimed the Truth. Many were coming to faith and joining the Christian community, daily.

And then, to add to this, Peter and John healed a man, in the name of Jesus, who had been crippled from birth. As a result, Peter was able to proclaim the gospel to the crowd that gathered. He used the healing as a platform to share Christ.

Though the believers didn’t know what was next, God did.

The Christ-Followers Prayed A Psalm

“And now, Lord, look upon their threats and grant to your servants to continue to speak your word with all boldness.” (Acts 4:29)

As I said before, when I’m in over my head working on car repairs, I look to YouTube for specific help. Similarly, if you were one of the believers in Acts during this time you would certainly feel in over your head, being both at the start of a spiritual revival and at the start of great persecution. In response to this overwhelming situation, the Christ-followers turned to God in prayer.

Look at Acts 4, verses 23-31. Notice what the believers, in their time of need and persecution didn’t pray for. First, they didn’t pray for judgment of those causing them harm, nor did they pray to avoid persecution. I would have been quick to pray these things!

Rather, they did pray using a psalm. Notice specifically vv. 25-26, in which they prayed Psalm 2. They prayed according to the Bible. This led them to pray for strength amid persecution, to be able to preach the message more boldly. Not to cover in fear, but to better proclaim the message about Jesus Christ (v.28-30).

Notice the intent of the believers’ prayer. They intended to be obedient despite the new threats. This prayer was not about their safety or their desires, but their prayer was for the continued work of spreading the gospel.

They intended to glorify God with their lives, whatever the cost.

God signals the reception of the prayer in verse 31. We are told, there, that the building they were praying in shook, and “they were all filled with the Holy Spirit and they continued to speak the Word of God with boldness.”

And then, following, we hear more about how the believers lived in unity of heart and soul, and how they had all things in common and shared with one another.

Leaders preached messages and proclaimed the Truth. Many were coming to faith and joining the Christian community, daily.

When We Don’t Know, God Does

What comes next? We can hardly contain ourselves while reading this story. Imagine what it would have been like to live through it! Will the church continue to thrive and build a massive following in Jerusalem? Is this the future of the Jesus movement, where Jerusalem will be the religious hub, just like Judaism?

Though the believers didn’t know what was next, God did.

“There is salvation in no one else, for there is no name under heaven given among men by which we must be saved!” (v.12)

This was Peter and John’s first offense, so they are let off with a warning (v.21). Yet, readers of Acts will see that the religious leaders keep up this persecution. When it is found out that people continued to speak about Jesus Christ, the leaders desired to kill them.

“There is salvation in no one else, for there is no name under heaven given among men by which we must be saved!” (v.12)

In Acts, the believers had a message to proclaim, the Holy Spirit gave them great boldness and confidence to continue to share the message about Jesus, even after being threatened. They knew that there is no substitute for spending time in prayer.

Do you ever find it difficult praying to God? Do you believe prayer makes a difference? I believe many of us put too much pressure on ourselves for our prayer times. How can we pray like the believers in Acts?

Here’s the answer: The same Holy Spirit who gave them great boldness lives in me, and lives in you if Jesus has taken residence in your heart. The same message is proclaimed: Jesus is Lord and Savior. Therefore, we can and should reply in the same means: prayer.